The Impact of Living With Hemophilia

World Hemophilia Day is held annually on April 17 and is aimed at raising awareness of the condition. Hemophilia is a type of bleeding disorder. Hemophiliacs’ blood cannot clot properly. In this article, we give an overview of what it means to have hemophilia and how the condition can be managed.

Hemophilia is one of many types of bleeding disorders, including von Willebrand disease and rare factor deficiencies. It is a rare genetic disorder for which there is no cure. There are two types of hemophilia: hemophilia A (factor VIII deficiency) and hemophilia B (factor IX deficiency).

If someone has hemophilia, their blood is lacking in blood-clotting proteins, also known as clotting factors, which means that the blood cannot clot normally. If someone has hemophilia, they are likely to bleed longer following a cut or injury than someone without the condition. Although small cuts aren’t generally an issue, there is a concern over any deep bleeding inside the body, particularly in the knees, ankles or elbows. Internal bleeding for a hemophiliac can lead to organ and tissue damage and may even be life-threatening.

Although hemophilia is currently incurable, most people with hemophilia enjoy a normal, active lifestyle with appropriate treatment and self-care.

The Characteristics of Hemophilia A

Hemophilia A is also known as Factor VIII (FVIII) deficiency or classic haemophilia and is usually passed down from parents to children, although approximately a third of cases are the result of a spontaneous genetic mutation. Factor VIII is a clotting protein in the blood that is absent when someone has hemophilia A. There are around 20,000 people affected by hemophilia in the US and hemophilia A affects four times as many people as haemophilia B, with over half of hemophilia A sufferers having the most severe form of hemophilia.

Hemophilia is much more common among males than females, since it is a recessive gene carried on the X chromosome. It is possible to be a carrier of hemophilia and not have the condition. For those with hemophilia A, 25% of cases will be mild, with levels of Factor VIII between 6-30% while 60% of cases will have less than 1% of Factor VIII. Normal levels range between 50-150%.

Those with mild hemophilia A are sometimes undiagnosed in the early years and may not experience any hemophilia related problems until adulthood. Often, it is not diagnosed until an injury or surgery is accompanied with excessive bleeding. Women with mild hemophilia may have heavy periods but believe that this is within normal limits and are also at risk of hemorrhage after childbirth.

Moderate haemophilia A sufferers are more likely to experience excessive bleeding after an injury and are usually diagnosed before their first birthday. They may also have what are known as spontaneous bleeding episodes, i.e. bleeds without an obvious cause.

Hemophiliacs with severe hemophilia A are also likely to be diagnosed as a baby and will suffer from excessive bleeding after an injury and are more likely to experience spontaneous bleeding episodes, which may lead to bleeding into their joints and/or muscles.

The Characteristics of Hemophilia B

Hemophilia B is also known as Factor IX (FIX) deficiency or Christmas disease. It is similar to hemophilia A in its symptoms, but in this case, bleeding disorders are the result of missing or defective Factor IX, which is another type of clotting protein. It affects all races and ethnic groups, but is less common than Hemophilia A, affecting four times fewer people. 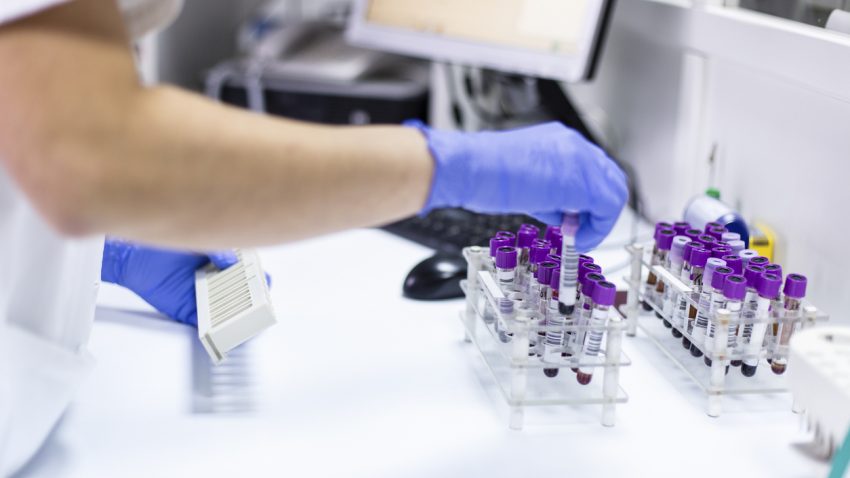 How Hemophilia is Diagnosed

There are a number of federally-funded hemophilia treatment centers (HTCs) throughout the USA. They provide a wide range of care and services from experienced hematologists and other support staff who specialize in hemophilia, such as nurses, physical therapists, social workers, dentists and dietitians. This is the best place for someone who suspects that they may have hemophilia to get a diagnosis and appropriate treatment.

When someone goes for a diagnosis, it is useful to take with you a full medical history, especially if you have relatives with a diagnosis or symptoms of a bleeding disorder. Since hemophilia is a genetic disorder, relatives who suffer from the condition increase your chances of being a carrier or hemophiliac.

It is likely that tests will be ordered to establish clotting time and how well a patient’s blood can clot. An assay (a clotting factor test) will be able to show what type of hemophilia the patient has and how severe the condition is.

How to Treat Hemophilia

The most commonly used medication for hemophilia is a concentrated factor product known as clotting factor or factor. Although plasma-derived clotting products are available, modern advances in DNA technology means that most hemophiliacs are treated with a recombinant factor product that have been created in a lab without the need for donated human plasma.

Factor therapies are given intravenously either through a vein in the arm or a port in the chest. Those with severe hemophilia may require regular treatment to maintain high enough levels of clotting factor to prevent spontaneous bleeds while others with mild to moderate hemophilia may only need treatment following a bleed. Regular treatment or prophylactic therapy is particularly recommended for children with severe hemophilia. Many hemophiliacs find it helpful to learn how to infuse themselves at home and those who are capable of self-infusing are more likely to avoid hospitalization following a bleed.

Other available treatments include desmopressin acetate (DDAVP), which is a synthetic form or vasopressin, which is a natural hormone that helps stop a bleed. It is used to treat mild haemophiliacs when they experience a joint or muscle bleed, bleeding in the nose and mouth or pre- and post-surgery. DDAVP may be injected or given as a nasal spray. Aminocaproic acid is another recommended treatment, especially before dental work or with nose and/or mouth bleeds. It is administered orally, either in tablet or liquid form. It is recommended that clotting factor first be administered to enable clotting and then aminocaproic acid taken afterwards to help maintain the clot and stop it being prematurely broken down. 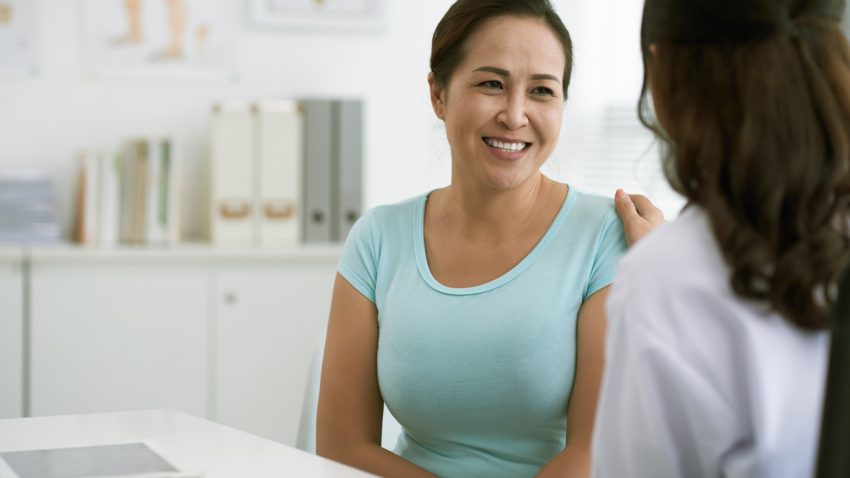 What Lifestyle Changes Will You Have to Make if You Are Diagnosed With Hemophilia?

It used to be the case that if it was difficult to live with hemophilia and life expectancy was lower than for non-hemophiliacs. With innovations in modern medicine and an improved understanding of the condition, hemophiliacs can enjoy a more normal life. Recent research has shown that physical activity can help reduce or even avoid bleeding episodes through improved muscle tone and joint stability[1], which is in direct contrast to outdated advice to avoid exercise. However, there are some activities that are not appropriate for haemophiliacs so sufferers should consult with their medical professional to determine whether a specific activity is appropriate or if there are any extra precautions that need to be taken.

What’s the Prognosis for a Hemophiliac?

Although there is currently no cure for hemophilia, and it can be difficult to learn that you or a loved one is suffering from an incurable, lifelong condition, it is worth bearing in mind that modern medicine means that hemophiliacs can expect to enjoy a long life expectancy without the concerns that used to face those with the disorder. Properly treated and managed, hemophilia need not be a life limiting condition and your healthcare professional will be able to advise you on what impact your condition may have so that you can make informed choices about your care to take control of your condition.

What Can You Do to Celebrate World Hemophilia Day?

The Light It Up Red! initiative sees over 40 landmarks all over the world illuminated with red lights to commemorate World Hemophilia Day with more landmarks being included every year. You may like to arrange for a local landmark in your community to participate on April 17 to raise awareness.
Women and girls affected by hemophilia are encouraged to visit http://www.worldhemophiliaday.org/ and share their story about how a bleeding disorder has impacted on their life or that of a loved one.

Spread awareness on social media by using the hashtag #WHD2017 and include links to sites with further information about hemophilia. You can also visit https://www.wfh.org/en/whd and download World Hemophilia Day images to use as your profile picture.

Although it can be intimidating to hear that you or a close relative/friend have hemophilia, new treatments are being developed all the time and it is no longer the frightening condition that it used to be. With appropriate care, there is no reason why hemophilia should have a negative impact on your life and many people have a perfectly normal lifestyle despite suffering from a bleeding disorder.

Do you or someone close to you suffer from hemophilia? How did you feel when you were first diagnosed? What have you found useful when managing your condition? Tell us about your experiences in the comments below.