Does the idea of a pharmacy environment conjure perceptions of cleanliness as pills fall into an abyss of white walls and sterility? It should. The medical industry has crafted this image for the comfort of the public, as “clean” often times reads synonymous as “safe.” Compounding pharmacies even have rooms known as clean rooms, where medications are mixed to their desired levels and using products like the ET1000 EnviroTest. These rooms must be as sterile as possible to avoid any unwanted additives to the medications. Although the notion of pharmacies is one of cleanliness, and federal safety guidelines support and demand it, does this image match the reality? It should, but unfortunately, that is not always the case.

USP 797: Issued by United States Pharmacopeia (USP), USP 797 of the USP National Formulary is the chapter containing the enforceable standards and guidelines all compounding pharmacies must adhere to with regards to sterile preparations. The Drug Quality and Security Act is a modification to the ‘Federal Food, Drug and Cosmetic Act’ created in the wake of a meningitis outbreak caused by unsterile “clean” rooms designed to bolster the anemic enforcement power of the pharmaceutical industry. These regulations are in place to make sure clean rooms stay clean. When they don’t, the results can be fatal.

According to the Microbiology Network, the “FDA and USP both agree that the purpose of environmental monitoring is to demonstrate that the facility is operating in a state of control at the time of compounding. This demonstration requires frequent sampling, strong microbial growth in the recovery agar and appropriate analysis of the data.”

Specializing in devices, test kits, and accessories for aseptic technique, Q.I. Medical is a leader of unique products for pharmacists and nurses who handle sterile solutions and the inventor of the ET1000 EnviroTest. Whether the health professional is working on aseptic technique, direct inoculation, endotoxin testing, growth media, hazardous drug handling technique, incubators, rinse fluids, sterility testing, surface or fingertip testing, syringe filters, or vial adaptors, Q.I Medical has the high end products necessary to match any space’s perception of clean to the reality. When working with medication, safety is not an option. It is a must.

Blast from the (not so distant) past

In 2012, a fungal meningitis outbreak coming from the New England Compounding Center in Massachusetts infected over 751 people, claiming the lives of 64. This event led to the creation of the Drug Quality and Security Act, which promised to give more information on the process of drug location and transportation. In 2014, Specialty Compounding, LLC issued a nationwide recall of its calcium gluconate due to a Rhodococcus equi outbreak leaving at least fifteen sick and two dead. There have been at least fifty recalls of Compounding pharmacies’ products over the last two years. Over an eleven month period beginning in the fall of 2012, almost 150 inspections were conducted by the FDA into compounding pharmacies, 90% of which led to findings of objectionable conditions. Only about one third of hospital pharmacies report USP 797 compliance.

These tragedies occurred after the creation of USP 797. This is what we would call a “red flag.” When people are dying from a company’s failure to meet certain standards, convenience for the business or apathy cannot continue. Recalls and court cases act as bandages after the damage has already been done, when the focus should be on preventing contamination in the first place. The public needs to be able to trust that their medications are coming from a clean source. It is not an unrealistic expectation. These regulations are not completely toothless. The higher ups of the NECC were prosecuted for crimes as serious as murder for their part in the meningitis outbreak. But when lives are at stake, prevention is preferable to punishment.

Many of the more stringent regulations were reactionary in their creation after an isolated tragedy where the company was doing something it shouldn’t have been doing in the first place. As these actions went unchecked until it was too late, perhaps the solution should have been to step up enforcement of the existing regulations instead of creating stricter ones. Do the general public a favor and prepare and prevent contamination before it happens, and save us all a blast from the past. Now, instead of waiting until it is too late, make sure your clean room is really clean today. 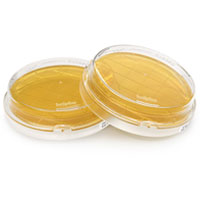 There are two main forms of tests when it comes to checking microbial contamination of pharmacy surfaces. The first is the contact plate, resembling a petri dish. This contact plate is overfilled with agar medium, which is then pressed into the surface that requires testing, allowing the microbes to be transferred. Although reviews suggest that sampling with the contact plate and sampling with a flat paddle do not generate differences in effectiveness and they are both viable options in testing, the flat paddle may be more convenient in terms of storage and greater ease of use while sampling. This may the the reason that compounding pharmacies tend to favor the flat paddle sample design. 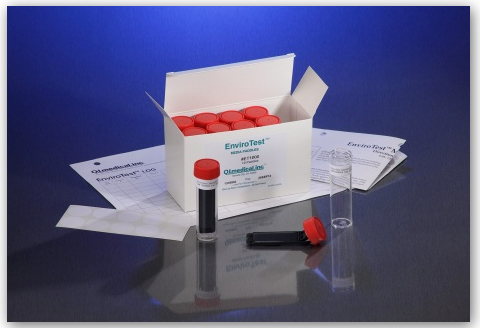 The alternative to the contact plate is the flat paddle. The EnviroTest – ET1000, seen in the picture above is a leading flat paddle marketed by QI Medical. The ET1000 EnviroTest Kit comes equipped with a double sided Trypticase Soy Agar (TSA) rectangular agar media plates for testing, air testing, fingertip or gloved fingertip testing, and contamination testing by inactivating many antimicrobial compounds due to formulation with Lecithin and Polysorbate 80. Sanitation has never been made easier. With a unique pedestal cap with a hinged paddle, test hood and isolator work surfaces, replace obsolete settling and contact plates, and maintain the clean room atmosphere. The ET1000 EnviroTest, stored at room temperature, properly neutralizes residual biocides and cleaning agents. It has a long shelf life without the need for refrigeration.

This test promotes the growth of most bacteria, fungi and yeasts making it easier to see just how clean your clean room really is. The difference between the two forms of tests is that with the flat paddle, both sides of the paddle can be used, as the agar medium is found on both sides. After gathering the information, the paddle is stored in a screw-top container, where it is safe and stable in comparison to its alternative, which may offer less protection in its more open form. 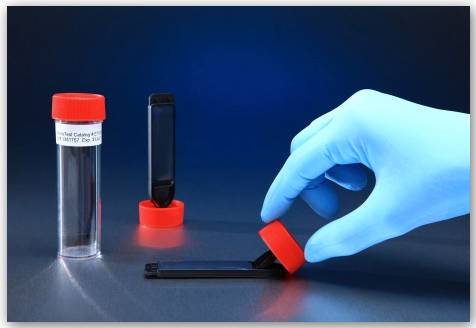 When choosing between the two testers, the shape of the two devices may be taken into consideration as well, as the contact plate is found in a round shape, and the paddle comes in a long rectangular shape, allowing for greater ease when it comes to sampling corners and harder to reach areas.

Both devices proceed with recovery by pressing the agar surface for sampling, allowing microorganisms to adhere to the agar surface. The sampling device must support microbial growth, so a nutritive growth medium, particularly those supported by the USP or FDA such as Soybean Casein Digest Agar, are preferable.

The EnviroTest can be found in two different media formulations including the ET1000 EnviroTest and the ET3000 EnviroTest. The ET1000 EnviroTest works with Trypticase Soy Agar, also known as TSA, and is used mostly for microbial contamination, as the TSA is supplemented with lecithin and polysorbate 80. This allows for successful microbial recovery, as the lecithin and polysorbate 80 inactivate the residual disinfecting agents on the surfaces. The ET3000, on the other hand, works with Malt Extract Agar, or MEA, which targets yeast, mold, and fungal contamination.

According to the EnviroTest Training Deck, issued by Q.I Medical, the kit comes along with:

Some special features of the EnviroTest include: 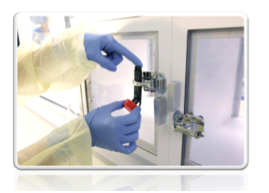 Having the proper tools is half the battle but what about the other half? Testing in the proper method is crucial for accurate results and assuring sterile compounding. Assembling a sampling plan is a good way to make sure that your space follows appropriate measures as set forth by the USP chapter 797, which will give further information, such as minimum requirements of testing. Under the sample plan, be sure to test: 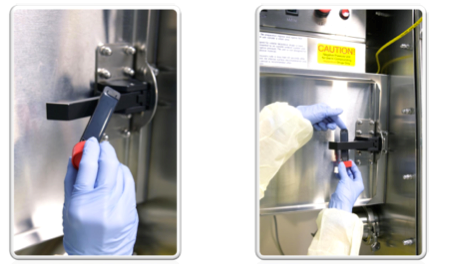 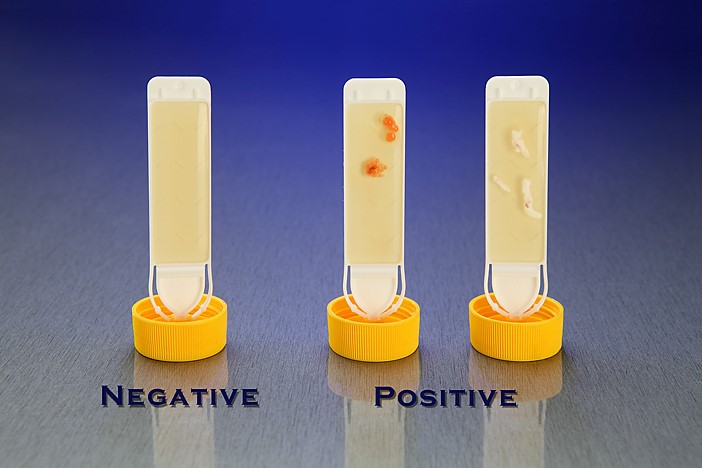 When the results appear, document the presence of any colonies and microorganisms, which may look like the images below. 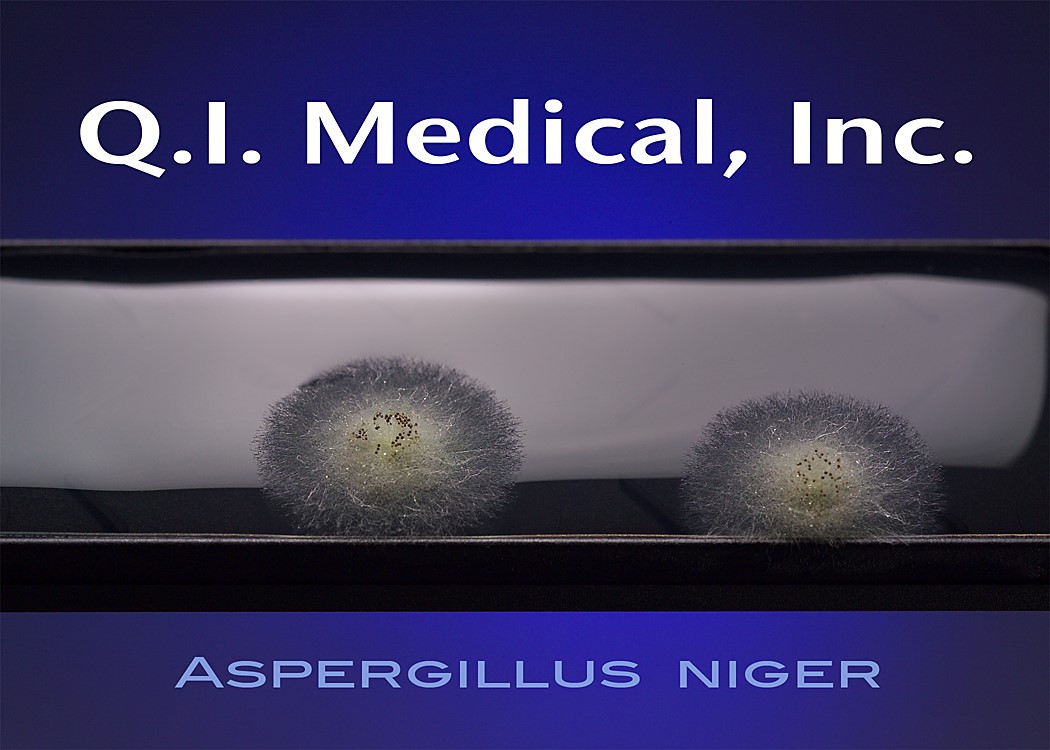 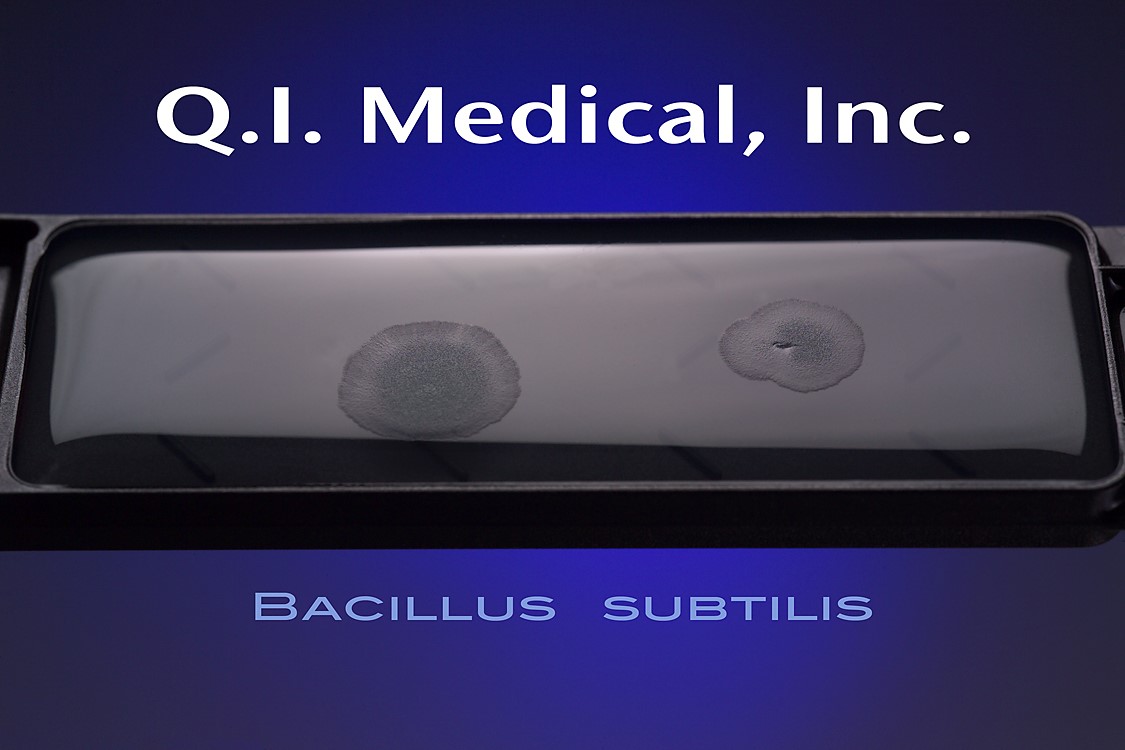 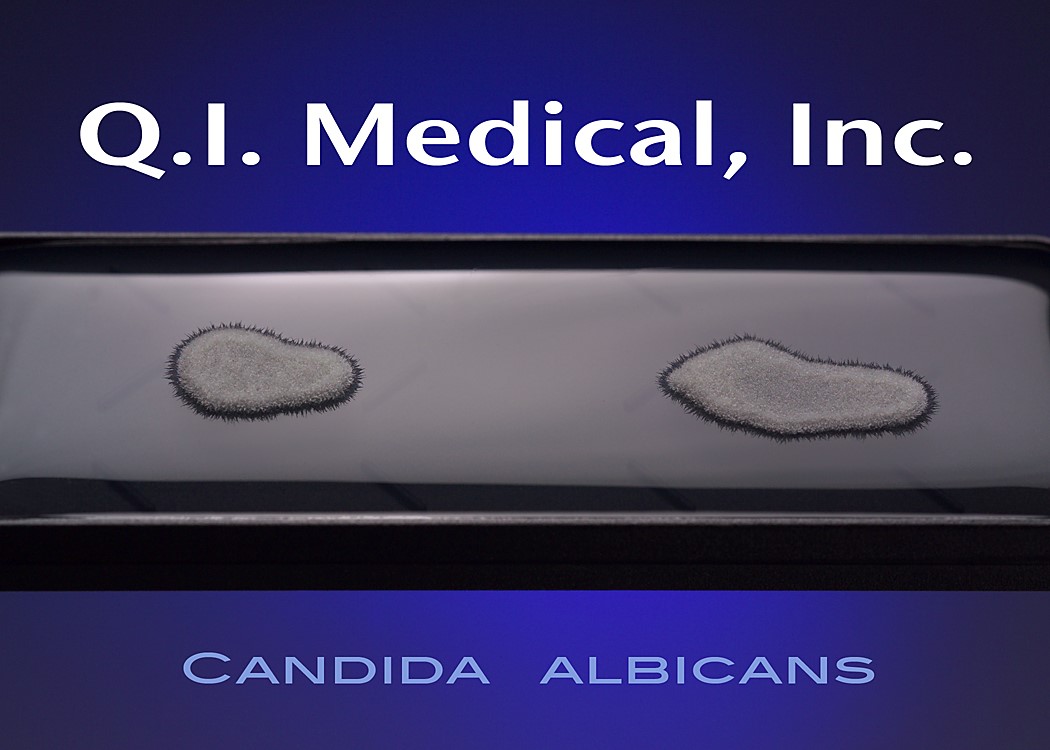 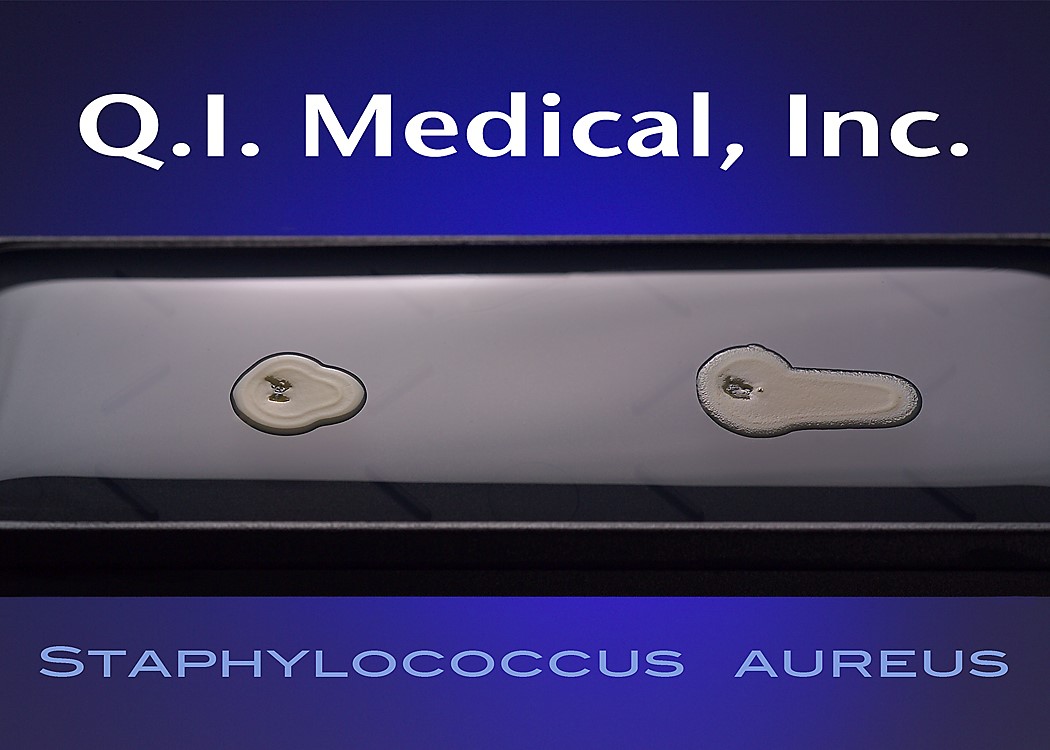 Be sure that the disposal occurs and is in conjunction with State and Federal regulations, which may vary.

Even if the working environment appears to be sterile, in the case that the environment fails a sterility investigation, trending analysis of microorganisms is helpful in finding the source of contamination. Both short and long term assessments can and should be made for best results to monitor the state of the clean room environment. The Microbiology Network suggests that used method for testing should be easy to store, stable on storage, simple and effective in use, and easy to read and interpret.

Compounding pharmacies provide a very useful service to patients all over the country. That their sterile environments truly be sterile is not asking too much, especially with products designed to make sure these clean rooms meet the standards that keep everyone safe.