I Walked Away From a Six-car Pileup With Whiplash

A Patient’s Guide to Recovering From a Neck Injury

Recently I was driving down the freeway, looking forward to a rare weekend away. When the car ahead of me braked, I followed suit, coming to a stop a couple of yards away. I will never forget the horror that washed over me when I realised that the car behind me was still traveling far too fast and far too close.

He rammed into me with such force that he pushed my car forward a couple of yards, tangling it up with the car in front of me, before bouncing off, coming to rest a couple of yards behind me. Looking back, I was in shock but went immediately into survival mode to check that my passenger was all right before going out to see if the people in the car I’d run into were okay. There were tears and everyone was shaken but at least people were able to get out of their cars and walk to safety.

The car in front of me had also been pushed forward into another vehicle, creating a chain reaction that included six cars in total. Somebody called the police who soon had the situation under control but seeing my poor car needing specialized equipment to separate it from the other vehicle before being towed to the side of the road was very upsetting. I couldn’t help but think how it could have been so much worse. I’ve since received notification that the driver who ran into me was charged with driving without due care and attention meaning that he was fully responsible.

This was the first major car accident that I’d ever been involved in and I felt helpless. My car had suffered the worst damage and I could see that everyone was lucky to able to walk away, but having been hit from behind before, albeit at a much lower speed, I knew immediately that I had whiplash, a diagnosis that was confirmed by the paramedics who attended the scene.

A couple of days later, my doctor also told me that she suspected that I had concussion as a result of the impact on my head when it hit the headrest on my seat. I was told that I would need a scan to confirm this diagnosis officially, but based on my symptoms, which included nausea and vomiting, dizziness, fatigue, headache and struggling to think clearly, it was highly likely. I was sent to my local emergency room, but they were most concerned about the injury to my neck and x-rayed it to make sure that it wasn’t broken. Fortunately, it wasn’t.

It’s been three weeks but I’m still nowhere near back to normal and struggling with the impact of the accident on my ability to carry out my usual everyday activities. Much as I am frustrated with how slow my recovery is proving to be, I consider myself very lucky to have not suffered more serious injuries, especially given that freeway accidents are the most likely to be fatal. According to statistics from the National Highway Traffic Safety Administration, over 35,000 people died in motor vehicle crashes in 2015. That’s 96 fatalities per day. On top of that, 6,700 people were injured daily. Motor vehicle crashes are the third leading cause of concussion in the United States. [1]

As the name suggests, whiplash occurs when someone’s head jerks back and forth suddenly with greater force than usual, much like cracking a whip. The muscles and ligaments in your neck are stretched beyond their usual range of movement, causing damage. Whiplash most frequently occurs in a rear-end car collision like mine, but it is also possible to suffer whiplash due to physical abuse, sporting accidents, amusement park rides or following a heavy blow to the back of the head, e.g. from a falling object. Concussion is often associated with whiplash, even when there is no obvious brain injury.[2]

It can take a while for the symptoms of whiplash to manifest, so even if you think you’re fine after an accident, you still need to pay attention to any physical symptoms for the first few days after the incident, as those may be an indication of whiplash.

When I’ve had whiplash in the past, it took a while for the symptoms to show, but this time, because I was able to recognize the sensation immediately, I knew that it was a more serious case. The paramedics who were at the scene of my accident confirmed my diagnosis based on my description of my symptoms as well as feeling around the back of my head.

If you suspect you are suffering from whiplash know that most diagnoses are given as mine was – based on your symptoms – but in some cases, a medical professional may order specialist imaging tests such as a CT scan or an MRI to identify specific damage that may be causing whiplash symptoms. 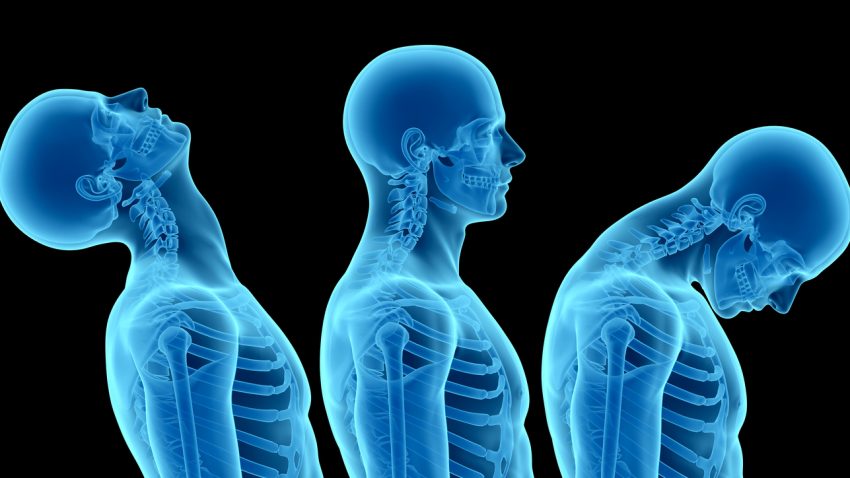 Anatomy of a body, showing neck injuries like whiplash effect.

What are the Symptoms of Whiplash?

There are a number of symptoms associated with whiplash and sufferers may experience some or all of them.

Symptoms usually occur within 24 hours of an incident, but may take a few days to appear. In my case, it was instantaneous. Most people think of whiplash as relatively mild and in the majority of instances, patients will have fully recovered within three months. However, for many people it can lead to long-term pain and issues, and seeking treatment is likely to minimize the chance of more serious long term problems developing. The high velocity of movement that causes whiplash can also be responsible for concussions, even without a direct impact to the head, which may also cause long term issues.

It has been three weeks following my accident and I still suffer from most of these symptoms. My husband has commented that I am not my usual self – I haven’t made a sarcastic comment since the crash! I’ve been in constant pain and my brain has most definitely been affected. I confuse words and struggle to type, which is problematic when you make a living as a writer. Work that would normally take me an hour or so requires a day or even longer to complete.

How is Whiplash Treated?

There is no one specific treatment for whiplash,[4] although many mild/moderate cases of whiplash can be successfully dealt with at home using over-the-counter drugs, ice, etc. Until recently it was thought that the most effective treatment was to immobilize sufferers in a cervical collar but these days many medical professionals prefer to recommend gentle movement, using ice for the first 24 hours before carrying out simple exercises.

Depending on the individual, other possible treatments may include pain-relief medication, such as ibuprofen or naproxen, physical therapy and massage, ice and heat, injections and ultrasound. Although prolonged use of a soft collar is not recommended, some patients find them useful for pain relief in the short term.

If you have suffered a more serious whiplash injury, physical therapy is strongly recommended to speed recovery and improve outcomes. The sooner you can begin treatment, the more likely it will be effective in avoiding long term damage and pain. One potential side effect of whiplash is hyperlordosis, which is when a patient develops poor posture in an attempt to minimize pain. Unfortunately, this has the opposite effect, not only making it difficult to heal correctly, but potentially leading to long-term health issues. Physical therapy can help avoid hyperlordosis developing.

The symptoms of whiplash can sometimes take a few days to develop. If you feel fine after an accident but notice problems within the next two weeks don’t be afraid to go and see your physician, even if you think they are minor. Given the chances of long-term damage, it is better to get professional support so you have the best chance of a full recovery.

If you experience any of the following, immediately seek out your physician or physical therapist for specialized advice: 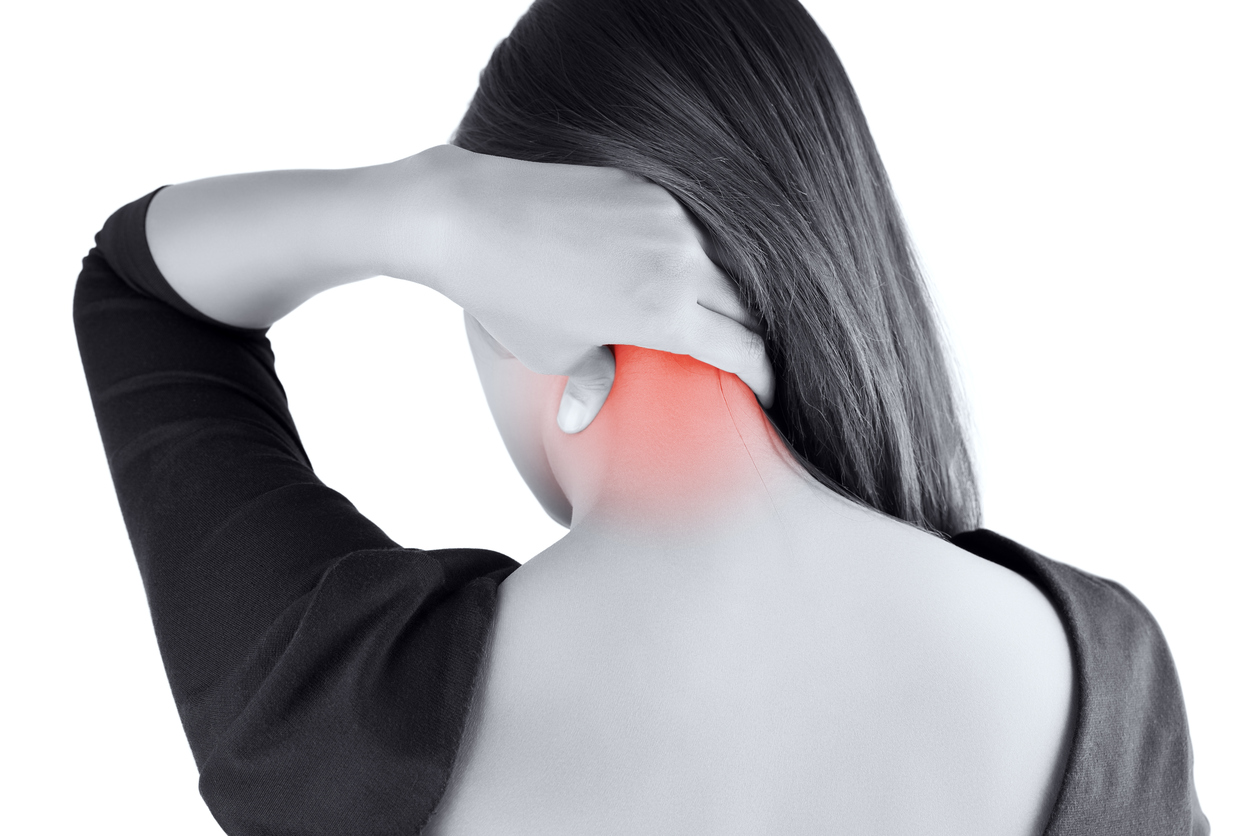 Woman having pain in the neck due to whiplash.

What I’ve Learned From Having Whiplash

Although I’ve had whiplash before, it’s never been as serious as this. As a home educating mother of five with a successful writing career, I’m used to being very active, juggling children’s activities with the demands of work. Since my accident, I’ve been forced to slow down and I’m not enjoying it. I tire easily and cannot carry out my normal daily routine, which has impacted on the rest of my family. My husband has been wonderfully supportive, but I hate not being able to do all the things I used to take for granted. As a writer, I always have the needs of my clients at the forefront of my mind and although they’ve all been very understanding, I’m conscious that they still have their own businesses to run and cannot wait indefinitely for me to be back to full health.

At the same time, as my physical therapist has advised, “less is more.” The more I try to push myself, the longer recovery is likely to take. As my husband put it, if I had broken my foot, I wouldn’t be pushing myself to try and walk on it until it was healed. Why should it be any different when it’s my brain that’s been affected?

The exercises that I have been given are aimed at helping with soft tissue recovery, which is apparently what’s causing my headaches and pain. I have exercises to stretch my lower back, which involve lying flat and lifting my knees and lowering my head. Initially, this needs to be done with support under my neck, but over time, this should not be necessary. I also have some gentle twisting exercises to do that are helping with regaining mobility in my neck and upper back. Heating the affected areas is strongly advised, so I was advised to do these in the shower. The warm water helps to relax the muscles, making the exercises easier and less painful to do. The main thing that has struck me now that I’ve started the exercise regime is how much my range of movement is limited by my injuries. The exercises are particularly difficult on my right side which was the most severely affected. It is going to take a long time before I’m back to normal.

It is okay to acknowledge that you are not as capable as usual if you are suffering from whiplash! Listen to your body, and slow down when you need to. Take time to heal, and give yourself the best possible chance of a good prognosis. Suffering from constant pain can be debilitating. Now is not the time to “be strong and put up with it”. Seek the help of a healthcare professional, and carry out the recommended exercises to support your body through the healing process.

Have you suffered from whiplash? What did you find was the most effective treatment? We’d love to hear about your experiences in the comments below.