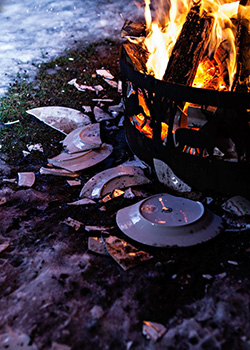 September 26 marks Mesothelioma Awareness Day, but Heather Von St. James has another upcoming date to look forward to. The first week of February turns Heather’s home into a place of celebration. Last year, the festivities included friends, family, plates for guests to write their fears on, a fire to smash the plates into, hugs, courage and love. This February and those to come, Heather plans for the same. In her circle, Heather has coined this day as Lungleavin Day, a commemoration of the day her lung was removed as a result of mesothelioma, a rare form of cancer found in the internal organs. In Heather’s case, it developed in her left lung. The culprit? Asbestos.

When it comes to Asbestos, there are a number of misconceptions: It is banned, it isn’t all that harmful, it only affects old men. All false. Although significant efforts have been made, it is far from banned in the US. No exposure is considered safe, and anybody who is exposed is susceptible to the dire cancer.

Mainly used as a building material, asbestos application took off during the Industrial Revolution. Used in cements, roofing shingles, ceiling, tiles, siding, stucco, plaster, joint compounds, and more, asbestos polluted industrial spaces and homes. Those who worked in the construction industry were most at risk. Heather’s father was a construction worker, and as a young girl, Heather experienced second hand exposure from her father’s work clothes, coated in the toxins. It was not until the middle of the twentieth century that the medical community realized the once considered “miracle material” was causing health issues. 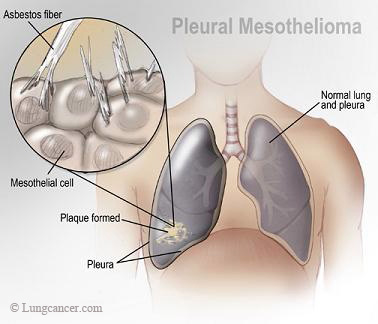 Mesothelioma, also known as malignant mesothelioma, is a rare form of cancer that typically develops in the lining of the lungs or the abdomen. In rare cases, the cancer can also develop in the lining around the heart cavity. As asbestos or other toxic chemicals are inhaled and the fibers attach, mesothelioma becomes a threat.

The issue can be a challenge to diagnose for a number of reasons. In most cases, it takes 20 to 40 years following exposure to develop into a threat. When symptoms do develop, they are often times misdiagnosed, or brushed off as daily ailments. And, due to the three variations, the symptoms may vary according to the affected body part.

While the average age of diagnosis is 74 for males and 71 for females, this cancer is not specific to any particular demographic. Between 2,500 and 3,000 Americans are diagnosed with mesothelioma each year, but projections indicate that these numbers are on the rise. The earlier mesothelioma is detected, the more likely it can be treated.

When Heather was diagnosed at age of 36, she was told that she had 15 months left to live, but Heather didn’t take those 15 months as an option. Her local pulmonologist, Dr. James Flink, consulted with his colleagues and lead Heather to consult with Dr. Sugarbaker, a specialist in Boston. With treatment and care, Dr. Sugarbaker and his team helped Heather on her journey as a survivor and a leader in the fight against asbestos.

Like many cancer patients who undergo treatment, Heather struggled when it came time to return back to her routine before receiving medical attention. “I felt as though I was cut free to drift in a sea off the unknown. I had spent a year fighting for my life. [It] revolved around going to doctors’ appointments, chemotherapy treatments, and radiation. I didn’t know what to do with myself when I was done…I wish they had a reentry program for survivors to cope with anxiety that comes along with survivorship. So many people assume everything is fine since I was done with treatment, but I wasn’t.”

When treatment becomes a part of routine, ‘normal’ is a state that is constantly in flux. Heather prevails due to her high hopes, strong general health and a need to keep fighting for her family, her life and this cause, but her health still comes as a battle. She suffers from side effects from radiation and chemotherapy. The fear of cancer returning is still present, but the only way to move is forward and deal with the issue that lingers. So the question remains: how do we stop asbestos?

Currently, asbestos is banned in at least 60 countries worldwide but it is still found in many places, including the US. According to Heather, asbestos was used everywhere up until the 1980s, when steps were taken to remove it. “It is in ceiling tiles, floor tiles, adhesives, window glazing, drywall, joint compound, duct tape, roofing, siding… the list goes on and on. The Asbestos Disease Awareness Organization has a great infographic on their webpage of a home where asbestos can be found. As a country, we still consume tons (literally!) of asbestos. It is used in many industrial settings and products, such as brake pads. Last summer, asbestos was found in Dollar Store crayons and a kids’ fingerprinting kit! Who knows how many innocent kids were exposed because of this carelessness and lack of regulation!” 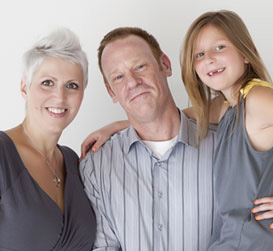 Heather says the laws need to change. “We have been working with Congress on Toxic Substances Control Act reform to get asbestos named as a major carcinogen. Through the efforts of the ADAO, we have had some success in that area. It will take an act of Congress and the Senate to change the laws regarding asbestos to get it banned,” but that doesn’t mean the rest of us get a pass to sit back and hope things change. Every citizen has a voice. “Call your senators and representatives,” says Heather, “tell them to support a ban on it.”

The first step to taking action is spreading the word and opening dialogue. Heather has dedicated her time to the cause. Her efforts can be seen on her blog, social media, and her work with ADAO and The Mesothelioma Cancer Alliance. “Until there is more awareness, nothing will change. Until our voices are heard, people will continue to die needlessly. Mesothelioma is not going away like many thought it would. Asbestos is still present and used every day. The louder we are, the sooner change can happen.” Join her.